Yes, they’re the opposite problem, yet also quite similar. Digestive problems can be the occasional bout of constipation or diarrhea, which can then become a regular and cyclical problem termed Irritable Bowel Syndrome. Or, as problems develop further, common conditions include chron’s disease, ulcerative colitis, or frequent hemorrhoids from straining to hard. The common problem in all of these digestive disturbances, is the improper stimulation or control of the intestine or colon. The nervous system is out of balance.

For many people, digestion, and evacuating is a natural and automatic process that isn’t a conscious thought. The nervous system controls it. It tells you when the intestines need to push matter through.

For others, they think everything is working well if they take a “digestivo” or a coffee to get things going. And then there’s the group that has chronic digestive disturbances (and often these are people converted from long time members of the “digestivo/coffee” category). Let’s delve into what’s going on with that 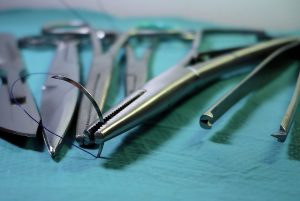 Many people that suffer from digestive disturbances look to treat the symptoms with over the counter medications. As those become ineffective, they turn to pharmaceuticals. Further still, they could be advised surgery, which typically involves reparation or removal of a part of the digestive tract.

However your body is designed perfectly, and removing parts of it has upstream or downstream effects. Straining other parts of the system, eventually can lead to other complications or side effects. 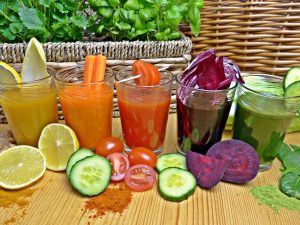 Diet: yes it’s the first thing that we all look at and it plays a vital role. Often people begin to find that they are sensitive or intolerant to certain foods. Lactose/dairy, gluten, coffee, chili peppers, peppers, nuts, we’ve heard it all. Often, we see people avoiding a specific food, and the symptoms disappear for a few months or maybe more. Then, they come back, so naturally, diet is analyzed again and another food is eliminated. But wait, why were you able to digest dairy your whole life, and now you can’t? What changed? Your digestive system. The way you break down and metabolize food. Often the problem is more deeply rooted than the foods we put in our bodies.

Instead of blaming external factors, it’s a good idea to take an introspective look at our own bodies, and learn how we can optimize them.

The digestive system and it’s connection to the spine 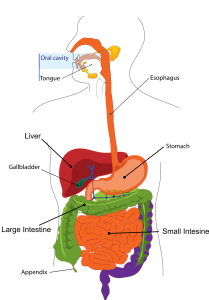 The digestive system is literally connected to the spine by the nerves. Specifically, the area from mid-back down to the low back has all the major nerves that control the digestive organs, stomach, intestine, and colon. These digestive organs all work according to the messages received through these nerves. It works like a game of telephone, with millions of cells, in single file along the nerves, receiving and transmitting messages between the brain/spinal cord and the body. Eventually the message is received in the cells of the organ, for example the intestine. The intestine then is filled with enzymes to digest food, absorbs nutrients and subsequently pushes waste product through.

For the digestive system to have the necessary enzymes in the right quantities, it needs to receives those messages from the brain correctly. Further, it needs to have the correct muscular control to push waste through at a rate that serves the body to absorb nutrients and eliminate toxins.

Research has shown evidence that the malfunctioning of the autonomic nervous system can cause disturbances in digestion. These disturbances can include, but are not limited to, constipation, gastric reflux, heart burn, diarrhea, or irritable bowel syndrome (alternating periods of constipation and diarrhea). This list however describes just the symptoms experienced. At the base of these problems is the manner in which the digestive system is being either over stimulated or under stimulated.

To consult a doctor at the centre for Optimal Living about your spine and nervous system, please call 011.433.1657 and we will set you up with your first visit.